brooklyn, forbes, new-york rooftop, socceroof,
Socceroof in Brooklyn has ten soccer fields, a high-end sports bar, multiple big-screen TVs and spectacular, unobstructed panoramic waterfront views of Manhattan. It’s atop the Whale, a cluster of three former industrial buildings in Sunset Park. Built in 1918 by E.W. Bliss Projectile Works, the Whale Building complex originally served as a waterfront torpedo assembly factory. Later, the building served as the headquarters of the Whale Oil Company; ever since, it has been known as the Whale Building. 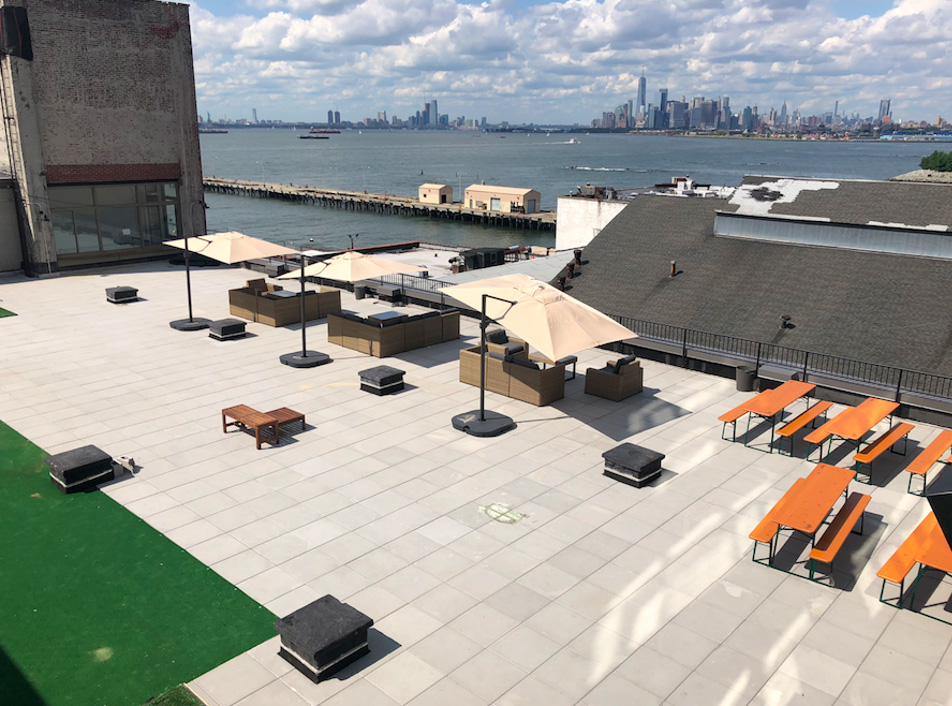 With a $25+ million investment in building upgrades, Madison Realty Capital is bringing modern amenities and creative energy to this historic building, with 500,000 square feet of space on seven stories that feature 14 to 20-foot ceilings. There is even on-site parking.

This article first appeared on Forbes

News, interviews and tips
Your source for all things soccer.